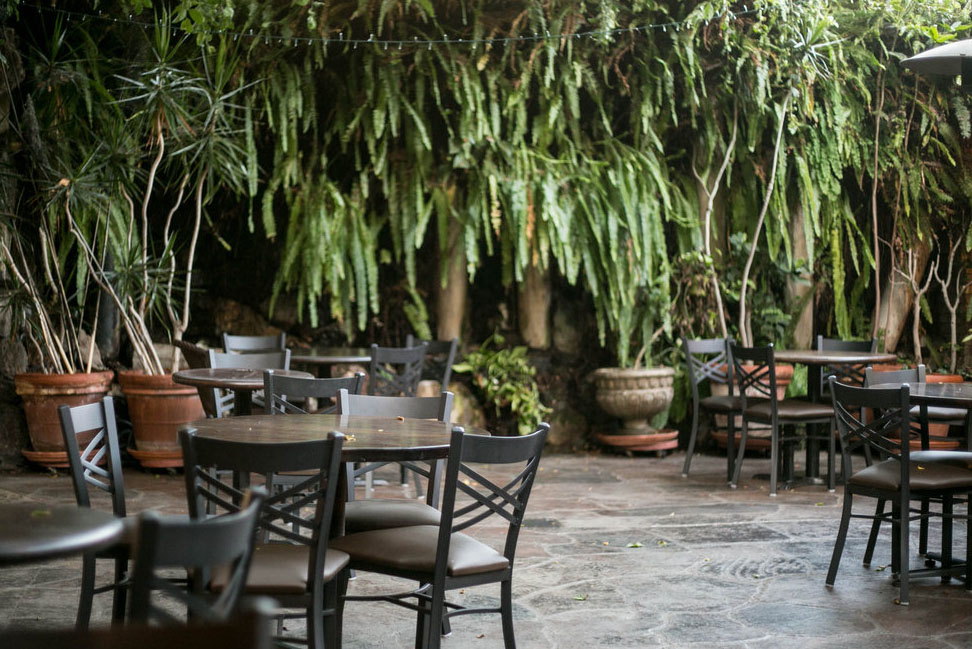 Coffee Connection is a nonprofit community focused on well-being that specializes in ecological and organic coffee. They opened their doors in the year 2000, and since then they have become a key meeting spot in Westside, Los Angeles. 14th-century Mediterranean and Western European coffee shops inspire Coffee Connection. These places were traditionally a meeting place for artistic and intellectual people. In Los Angeles, Coffee Connection provides a space for socialization and study.

As a nonprofit organization, Coffee Connection is actively involved in the well-being of their community. They are focused on serving quality coffee at an affordable price, keeping in touch with other local businesses, and creating an environment that helps gather neighboring families together with events like the Westside Kids summer movie series. The right music helps them create an environment that melds with the community and that the special aura coming from the Westside Vineyard Church right next door enhances.

Like many other SoundMachine users, their first contact with us was after having a sound system upgrade to SONOS that led to a fresh search of licensed music providers. Their previous provider had broad mainstream stations with no customization, which did not match the unique environment at Coffee Connection. They accessed the customized mix service that SoundMachine’s curators offer by explaining their unique location, clientele, vision, and vibe. SM curators then created three different mixes with specific tempos and genres strategically adjusted to play throughout the day. This system tends to work great for Coffee Connection. However, sometimes they tweak it a bit to fit a specific mood or moment that may arise.

“Our coffeehouse has three beautiful environments and it’s a popular place for individuals to study, create, and focus while enjoying a great matcha latte or cortado. For that context, we want music that stimulates, inspires and is affecting … and yet not distracting, predictable, trite,” says Joel Moses, Director of Operations at Coffee Connection. Volume and genre are their main concerns. Often there are a lot of people, so the music needs to be present enough in the atmosphere that those studying aren’t distracted by the personal conversations of others, and yet not so present that conversation isn’t easily happening. “The music is critical towards creating and maintaining the environments.” says Joel. “It needs to reflect and serve the contexts.”

Coffee Connection caught our ear with an original message they made for Christmas season. Usually they record messages using an iPhone and then clean them up a bit using computer software. But this Christmas, with the help of a vocalist friend who sang and the great recording equipment they have on site, they put a little more time and thought into creating something special for the season: a Christmas-themed song to announce their seasonal special—a matcha with peppermint drink called “The Grinch.”

“We thought it could be a fun and effective means to communicate new drinks, seasonal specials and special values we embrace. We could even announce when it’s closing time,” says Joel. So they began by asking their amazing baristas to record a brief description of one of their favorite elements of the coffeehouse, or a favorite drink, or a favorite cause!

Not Just a Coffee Shop

In fact, they give 25% of their lemonade profits to Alex’s Lemonade Stand Foundation to fight childhood cancer. ALSF is an organization that had its start in the front yard of cancer patient Alexandra Scott. In the year 2000, the 4-year-old girl announced that she wanted to make a lemonade stand. She wanted to help find the cure for cancer for all the children in the world. Since then it has become a national fundraising movement with thousands of supporters.

Apart from being experts at preparing ecological coffees, their baristas have also contributed to several charity campaigns. Among these campaigns we can find Fashioned for Freedom and Saving Innocence, which are dedicated to rescuing child sex trafficking victims in Los Angeles, and Team World Vision which provides clean drinking water to poor communities around the world.

You can find Coffee Connection and their amazing matcha lattes at 3838 South Centinela Avenue in Los Angeles, CA 90066.