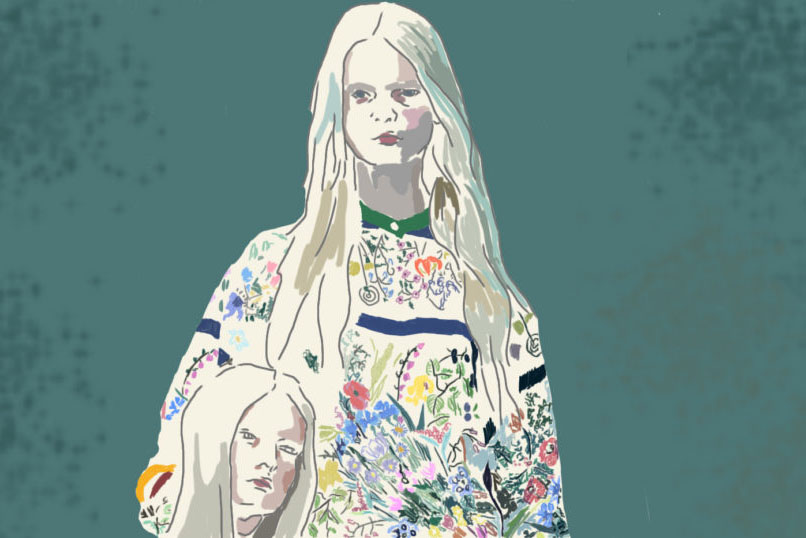 Last month the Fall/Winter Fashion Week hit 2018 and we saw images of the runway in newspapers and magazines worldwide. Maybe it was not as well covered as the Olympic games, but for those who follow the world of fashion closely, it was impossible not to cross paths with the severed heads of Gucci.

The media presence these days depends more on internet platforms like Instagram and less on the traditional newspapers. For that reason, the Fashion Weeks have increasingly adapted to this subtle cry for attention to grab the interest of people watching. This prevails mostly in the United States at New York Fashion Week. There, every year, thousands of industry influencers meet up to see what’s going on in the fashion world.

Live music shows are the best way to draw attention to the events. However, the designers have reduced the presence of live shows this year. This has most likely been because there have been other issues, such as the #MeToo movement, which the designers don’t want to take out of the spotlight. However, when it comes to alternative music, the New York Fashion Week 2018 made some very strong selections. However at all the other Fashion Week F/W 2018 events the musical scene has been nudged out further, often only accompanying models as background audio. The only music news were disappointing, as Victoria Beckham confirmed at the London Fashion Week that there won’t be a Spice Girls reunion.

Some brands however, did provide spectacular musical entertainment. Los Angeles-based brand C2H4 walked down the runway with a collection made by designer Yixi Chen. For the event they invited the lead singer of the band The Neighborhood, Jesse Rutherford – now launching a solo career -, who modeled with the last look of the night before singing his latest release Drama.

For its part, the brand Abasi Rosborough used the music of heavy metal guitarist Tosin Abasi –brother of Abdul Abasi- and singer Kelela, to accompany their new collection. The parade focused on an almost alien dystopia.  The rocket that Elon Musk sent into space a few hours before complemented it in some way.

Still, if there was a live show at Fashion Week F/W 2018 that entranced everyone which was the “catwalk” of Telfar Clemens. To execute his display, he replaced the catwalk with a circular platform in the middle of the stage. Here, Dev Hynes (a.k.a. Blood Orange) and Ian Isiah covered Grateful by gospel singer Hezekiah Walker. Soon other artists including Bryndon Cook, Kelela, Oyinda, Arsun Sorrenti, 070 Shake or Alton Mason joined them. Clemens also revealed his own vocal talent by changing the lyrics of the original song to a humorous “I’m grateful to my faithful, faithful, faithful customers”.

They were not the only ones. Shortly before announcing solo careers, Cushnie et Ochs had at their runway, a special performance by the singer AlunaGeorge. Eckhaus Latta also closed their event with a DJ set from the most “in” music producer Yaeji.

You can find most of these artists, and much more, in the musical catalog of SoundMachine. We  regularly update it to bring your business the hippest music.