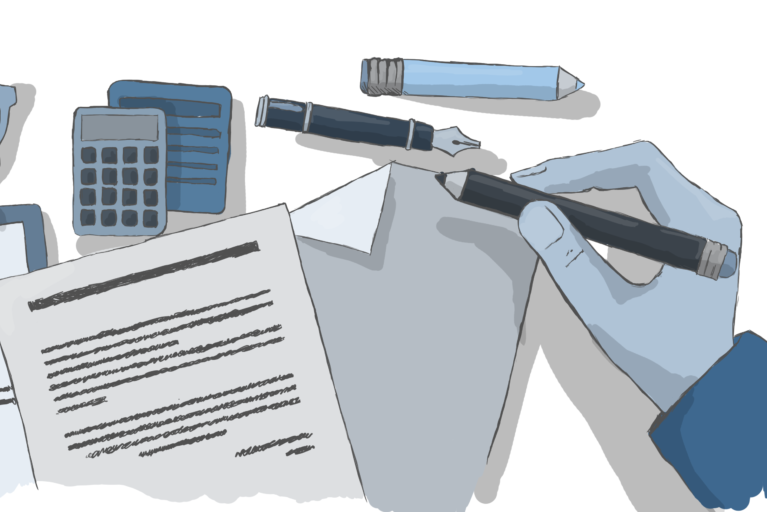 What do you need to know before you start playing background music in your business? Maybe you own a business or maybe you are planning on opening one soon? You sense that the same way as you need to do taxes differently, you might have to pay for music in some other way too? Or maybe you got to this post after you were called out by one of the many collecting societies? In any way, we will explain how a business music license works.

The problem with using B2C services

First of all we need to make a distinction. There are two types of music services: the Business to Consumer (B2C) services and the Business to Business (B2B) services. It’s very common that business establishments all over America to play B2C music services like Spotify, Apple Music, Napster, Tidal… But that doesn’t mean it’s the right thing to do.
If you look at the using instructions in services like Spotify you will find that the only use it has permitted is specifically the personal one. That means that, as law forbids (and punishes) the usage outside a personal environment. You need to have Public Performance Licenses for this.

The same happens with CDs that we buy or the music that we download. We are not actually buying the right to do whatever we want with it. The same way as you are not allowed to make copies of it and sell it, you are only paying to use the music in a specific environment: a non-commercial one.

In the United States, the collecting societies are the following ones:

In Canada these are:

These societies give public performance licenses to businesses, and each collecting society will have a different set of songwriters in their catalogue. You can check their catalogue out in their pages, but we assure you that the most probable is that you will want to have access to a bit of each of their catalogues.

The cost of doing it on your own

After having read this, if you ask yourself “But can I use a CD that I like and pay the business music license directly to the collecting societies?” The answer is: Sure! Yes you can! However, let’s look at how much it would cost you to do so. In this scenario, we are imagining a restaurant with the minimum size possible.

Each society has a different cost. For ASCAP you would have to pay the annual minimum, which is $380. You would then add in BMI’s fee of $378. In SESAC, for a maximum occupancy of 50 people, you will have to pay $351. In total: $1109 per year, without counting the GMR society. With GMR, you will have to talk directly to them so they can examine your case.

When collecting societies make direct deals with B2B music services, the fees are directly paid by the music service, so there are less management costs and a higher volume. This makes it much cheaper for the end user. In SoundMachine, for example, prices start at $323.20 per year, with the possibility to pay month to month and cancel the subscription whenever you want!

What happens if they catch you playing music without licenses

If these societies are known for is for being pretty litigious: ASCAP for example sued 10 bars in the Tampa Bay area with fees that ranged between $10,200 to $62,501. Even summer camps whose charges are to sing such standards as “Puff the Magic Dragon” around the campfire have been put on notice. They have a team of agents that go across the country controlling that the music that is being played is legal, and the number of suits are going up year after year.

The best way to use music in your business

B2B services are especially helpful for businesses and are a painless solution to getting music in your business. In SoundMachine we have two service tiers, the Business and Business Premium plans. The first one has over 70 stations and the second with well above 300, powered by Napster. In Business Premium you also have the possibility to create your own from songs and artists that you like. We also have different functionalities specially thought for business like scheduling, controlling multiple locations from a central account, mixing, and the possibility of adding messages.
You can try it for free for 30 days in here!