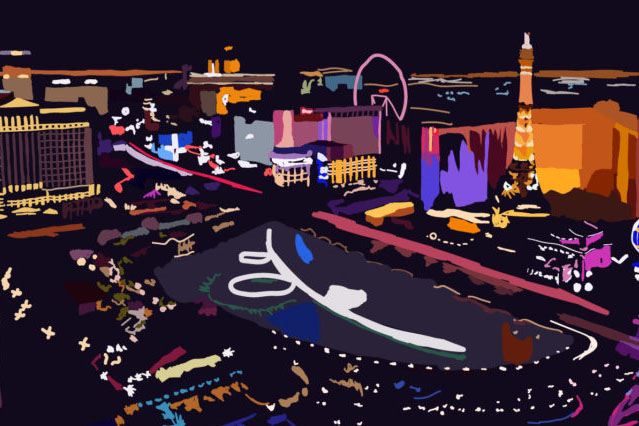 CES 2018, the Las Vegas consumer electronics fair held on January 9th-12th, has bid farewell to its more than 160,000 attendees. Despite a blackout that shook the fair on the second day (which the most prepared used as an opportunity to show off in the dark), the event was a success. Little data has been given regarding launch dates, but each company had an opportunity to display what they have to offer.

Representatives from the SoundMachine team were in Las Vegas to observe the event. Among the featured products were a variety of massive screens, impressive sound systems, and aerial taxis that will take over city transportation in no time. Both well-established companies and up-and-coming startups demonstrated not only their current offerings, but what the future of the industry holds.

This year, Google and Amazon are still competing to gain the largest possible market share (taking into account that Siri has long been lagging in popularity). And if in 2017 the unanimous winner was Alexa, this year Google and its Google Assistant is winning Las Vegas over with an aggressive advertising campaign throughout the city. Although Amazon is already believed to hold 70% of the market share today, Google is not afraid to fight for the rest.

Virtual reality is itself a growing reality: increasing accessibility and practical applications is progressing away from a previously futuristic but unreal world that debuted a few years ago. CES created a special space for its application in environments such as hospitality, and dedicated special talks to the topic and how the combination of technology and reality can be used in different commercial environments.

Although CES is by definition a fair dedicated to consumers, there was no lack of focus on retail. Combatting fear of technology,  and to leave the obsolete retail with ecommerce platforms, the talks on retail focused on the more human side of it, and how to personalize retail experiences to  customers using tools such as big data. To make the shopping experience even more positive, new technologies presented at CES must be seen as allies, not threats.

On the topic of music, the big question has been the impact of new technologies on key aspects of the industry. On Thursday, topics discuss in ARIA were: “How is streaming impacting the music business?”, “What role do VR, AI, and AR have in the music experience?”, and “How has technology reinvented the artist-brand relationship?”

The need for symbiosis between these issues is increasingly evident. Seeing the industry adapt to the unstoppable progression of developing technologies gives a reassuring sense that it will survive.

Reactions to the technology presented at CES has, without a doubt, been mixed. However, we have seen a strong trend towards simplicity, especially in larger companies:  working to make life easier for their customers in intuitive and natural ways. SoundMachine has been advocating for this approach for years, with a web platform designed to present features in simple and accessible way. We believe that the true function of technology is not to look towards a utopian future, but to try to facilitate a quality life for our customers today.