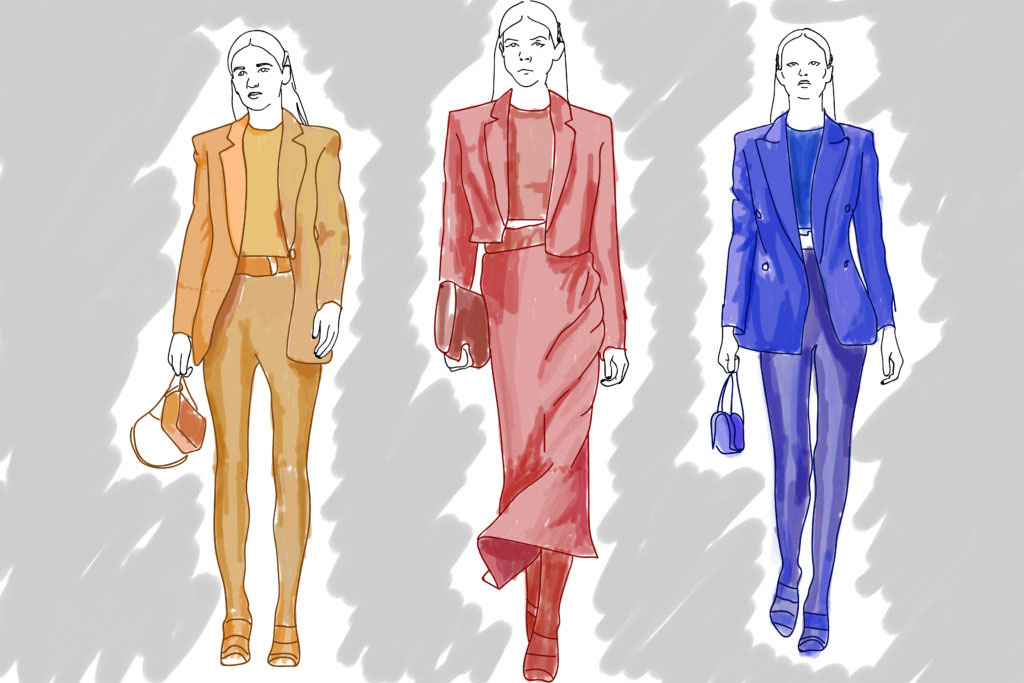 Just like every September, for several weeks anyone even slightly passionate about fashion has been stalking the Instagram profiles of the industry’s biggest influencers worldwide: it’s Fashion Week season. First New York, then London, Milan, and now Paris – major cities take their turn as the temporal Mecca of all the fashionistas.

At SoundMachine, our core business is the music and technology. But we work very closely with the fashion industry, seasoning their stores with music that intensifies each individual brand image. That’s why we want to remember the moments music has been an essential element of this SS18.

Like almost every year, the music that accompanied the models in the catwalk has been varied. There are no specific trends to point to, because music has been used once again to define each  brand and collection. All kinds of music could be heard, from the classic vocals Whitney Houston or the Cocteau Twins, to trendy underground artists like Cigarettes After Sex or Kelsey Lu.

However, background music is not everything – designers have taken a step forward using music as a source of inspiration. For example, Michael Gira, the frontman of legendary experimental rock band Swans, has performed in the Paris fashion week with the Chinese designer Yang Li.

Another Chinese designer that has utilized music to make her clothing come to life. Taoray Wang, who has released her new collection called “Shanghai Baroque” at New York Fashion Week, took direct inspiration from the Shanghai International Music Festival.

Tommy Hilfiger took every detail into consideration, creating a rock atmosphere that would reflect all the attributes of the new collection that he was presenting on London in collaboration with model Gigi Hadid. Under the name “Rock Circus”, the catwalk was organized in the Roundhouse – a music venue that in the ‘60s became famous for hosting performances by The Rolling Stones, Jimi Hendrix, and The Beatles.

Gucci opened in Milan with a collection based on the other face of rock: the glam rock of Elton John. The collection, which mimicked the stagewear of the iconic singer, ranged from jackets similar to those he wore on tour to brightly-colored jumpsuits. This choice resulted in a total marketing bop, due to recent remarks made by United States president Donald Trump calling  the leader of North Korea “Rocket Man”, a reference to one of Elton John’s most famous singles.

Moments That Will Go Down in History

Without a doubt, one the moments that grabbed the most media attention was the catwalk honoring Gianni Versace on the 20th anniversary of his death, with the biggest supermodels of the 90’s and a very special soundtrack: George Michael’s “Freedom! 90”.

As the 27-year old music video of the British singer appeared, the models Naomi Campbell and Cindy Crawford walked to the rhythm of his music. This was a direct nod to the iconic moment on the catwalk of 1991, when Versace’s “the Great Four” (Linda Evangelista, Cindy Crawford, Naomi Campbell and Christy Turlington) walked lip-syncing George Michael’s song while the singer sat in the front row.

Out of the Catwalk

It was not a coincidence that Gucci’s Alessandro Michele revealed the costume he made for Björk’s new video at the same time as London Fashion Week. The song, called “The Gate”, is the first single from Björk’s new album that will debut November under the title of “Utopia”.

The Icelandic singer has always had an ethereal aesthetic (lest we forget her infamous swan dress at the Oscars in 2001) that has only been amplified in recent years. Her video costume took 870 hours to complete, with 550 hours for dress construction and 320 hours spent on embroidery alone. The costume is a reflection of artistic creation, intensified by the exchange of ideas across all mediums: music and fashion helping each other to create a stronger and longer-lasting impact in the eyes of the final consumer.